The short film LA HERIDA LUMINOSA by Escac Films, selected at the Berlinale

This is the third time an ESCAC short film has been selected for the Berlin Festival, after the final year short film En la azotea by Damià Serra in 2016 and Cocodrilo by graduate Jorge Yúdice in 2019, in the Berlinale Generation Competition section.

La herida luminosa is a contemporary fable about the mass tourism of young British people on the Spanish coast. The short film had its premiere at ZINEBI (Bilbao International Documentary and Short Film Festival) in its 64th edition, to great critical acclaim.

Synopsis:
Sun starved teenagers take on a dreamy trip to the Balearic Islands in the pursuit of light and warmth. They must absorb it and be a vessel in order to transport it back to their heavy clouded Kingdom. 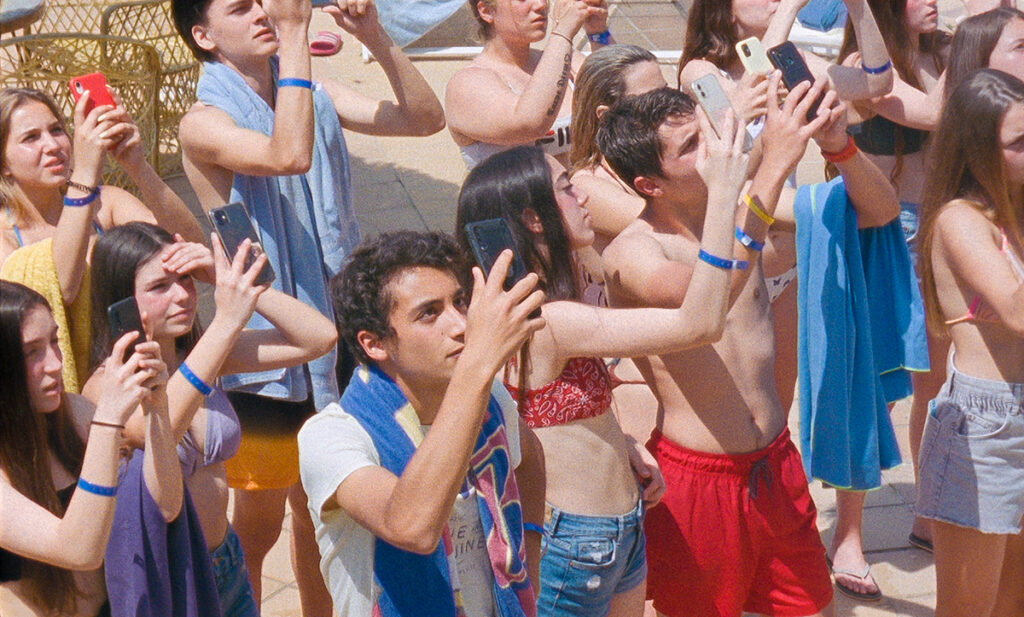 Escac Films, ESCAC’s academic production company, manages and coordinates the Final Degree Projects (TFG), the Speciality Master’s Final Projects (TFM) and those of the Master’s Degree in Directing, in all their phases, from development to exploitation and promotion, with the aim of professionalising the working methodology of academic productions.

The challenge of Escac Films is to lay the foundations and consolidate a type of production that enables the promotion and incorporation of young talents trained at ESCAC into the film and audiovisual industry, highlighting their excellence and capacity for innovation.

The Final Degree Projects (TFG) are the short films with which ESCAC students graduate. They are produced by Escac Films and have a technical team trained entirely at ESCAC.

ESCAC Talent at the Festival
The presence of ESCAC talent at the festival is complemented by the selection of graduate Júlia de Paz (Ama, Harta) at the Berlinale Talents and the participation of Ian de la Rosa (Víctor XX, Farrucas) in the Coproduction Market with Iván & Hadoum.

#festivals, #TFG / EDP,
You may also be interested in

The short film LA HERIDA LUMINOSA by Escac Films, selected at the Berlinale